The only person you ever compete with in life is yourself. I used to laugh at TV Shopping Hosts who openly said they were going to compete with me. Even Paladin on Have Gun Will Travel knew there were faster guns. One woman at QVC even had a session with other female hosts, telling them the way to outsell me was to hike their skirts up high when they were on-the-air. When I heard this, I did my next show in a micro mini skirt. Yeah, that showed them. Surprised it only cost me a one-week suspension. (The bit about the woman is true. I never wore a skirt on TV, although it would have made me feel pretty.)

I always set goals for myself. In the late 1990’s, I held the record on QVC for sales in an hour at almost $7 million. When our December computer rolled around, I figured I’d shoot for a $10 million dollar hour. I once made the drive from Philadelphia to Nashville in less than 10 hours, so I already had a “10” track record. (I did it in 1981 with 2 radar detectors, one fore and one aft, and a CB radio. Plus, there was no construction on I-95 when I did it.)

One of the ideas I came up with was to show the good parts from my “Deep Throat” DVD (okay, maybe it hadn’t been 3 days). Moving on, I have always known that the key to any demonstration was to show the benefits of the product. How would this computer benefit different demographic and social groups? Google was a relatively new thing back then, so I thought if our viewers saw how they could search for and find nearly anything with Google.

When I presented my basic ideas for the demonstration to the executives at QVC, they told me I couldn’t use Google without permission from that company’s legal department. They added that it would probably take several months. I only had 2 weeks before the computer TSV, so that wasn’t going to work. I did what I feel anyone who cares about the success of their company would do, I went over their heads.

I called Google and asked to speak to their President. Of course, their gatekeeper stopped me. But I did convince her to give me his email address. I sent him an email detailing my plan to show off Google in the best possible light to our 75 million potential viewers. He was intrigued. Their legal department sent over approval that afternoon. Yeah, I got a load of crap about not going through channels, but I was used to it by then.

Now that I could use Google, I could build the rest of my presentation. The computer came with several pieces of software. Some were pretty good graphic and productivity packages along with some interesting games. I used the next 2 weeks to learn them as well as I could. The demonstration included asking any caller on-the-air what their hobby or business was and preform a Google search for it. While it seems pretty basic now, back then it was a really powerful demo.

The night of the presentation, we had a live online chat about the TSV computer a couple of hours before the show. Frustrated by the person they chose to do the typing, I took over. My superior was horrified at the thought of me answering questions without a human filter. (Didn’t he know if I wanted to say “fuck the duck,” I could have easily done it on-air.) After answering twice as many questions in the same amount of time as I did with a “typist,” he calmed down.

When the presentation started, I showed the computer and immediately did a Google search for acoustic guitars. The results came back in the hundreds of thousands even back then. In TV terms, it was a cold open. I was saddled with a guest and I included him enough to be polite but I didn’t let him get in the way. The demos went off without a hitch. I had kept a record of how much time I spent. I had put in about 60 hours of practice with the machine. We were old friends by now.

At the end of the hour, we were in deep telephone cue for the $2400 item. When the dust cleared, the hour had grossed $11,000,000. A record that has never been broken, even though QVC is live in tens of millions more homes now than they were then.

So, I was a hero, right? The winning quarterback, the guy who hit a grand slam with bases loaded…Yeah, that’s how it should have ended. When I went back to work on Monday morning, there were no high fives, no words of congratulations, just a notice to see my superior. He told me that the merchandising vice president was upset since I “sold” the computer. He just wanted me to show all the features and let people figure out how they were going to use it.

I immediately questioned this and was “scolded” about taking charge during the computer chat and for going over the legal department’s head to secure the rights to use Google. (It was the same way I got Brian Wilson’s band to play on-air on the 4th of July. But that’s a whole ‘nother bottle of whiskey.)

Okay, I didn’t do the presentation for glory…okay, maybe just a little. But I had done something I set our to do, even exceeded the $10 million dollar goal I set for myself. This was the first I heard about them not wanting me to “sell” the computer. I finally found out their idea was that we should all just show a computer’s features with no “embellishments.” That way, even the most computer illiterate host could present a computer. I didn’t understand the logic, but it just added fuel to the fire that was pushing me out the door.

I did, at that point, make up my mind to leave the Q, which I did a couple of years on my own terms. I made sure my career path was in place before I put in my resignation. I left on very good terms and, in their defense, the Q even made several offers, each one more than the last, to keep me there. But the sting of the record-breaking computer show was too great. I had put in 15 years, set a lot of records, sold a lot of stuff; it was time to move on.

While I have been “retired’ for many years, I must admit to missing the game. I would welcome the opportunity to present great products on-air. Since the few QVC employees and vendors I have as Facebook friends rarely comment on anything I post, I can only imagine they are afraid of being associated with a “rebel” like me. It’s pretty funny. I have been offered the chance to present products, but most are either inferior kitchen items, electronics and some truly horrific guitars. Thank you, no dice!

Who knows, maybe I’ll get the chance to present a really great, inexpensive guitar on TV. I already have my black suit and sunglasses ready to go. Just call me “Stefano.” 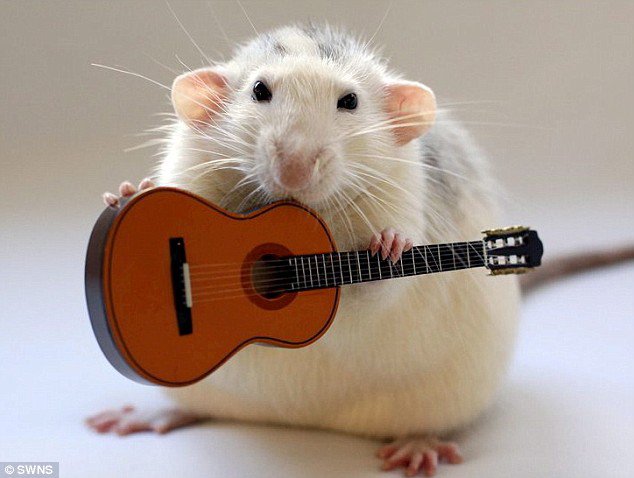 (My two sales books, while out of print for some time, helped a lot of people to become better salesmen and women. They even took me all over the globe, teaching my Benefit of the Benefit™ sales technique to salespeople in many countries. It’s been a great career! And I know it’s not over.)

© 2019 Steve Bryant – No portion of this or any blog can be reproduced or copied and posted on any online site or read aloud on any audio or video media without the express permission of the author.